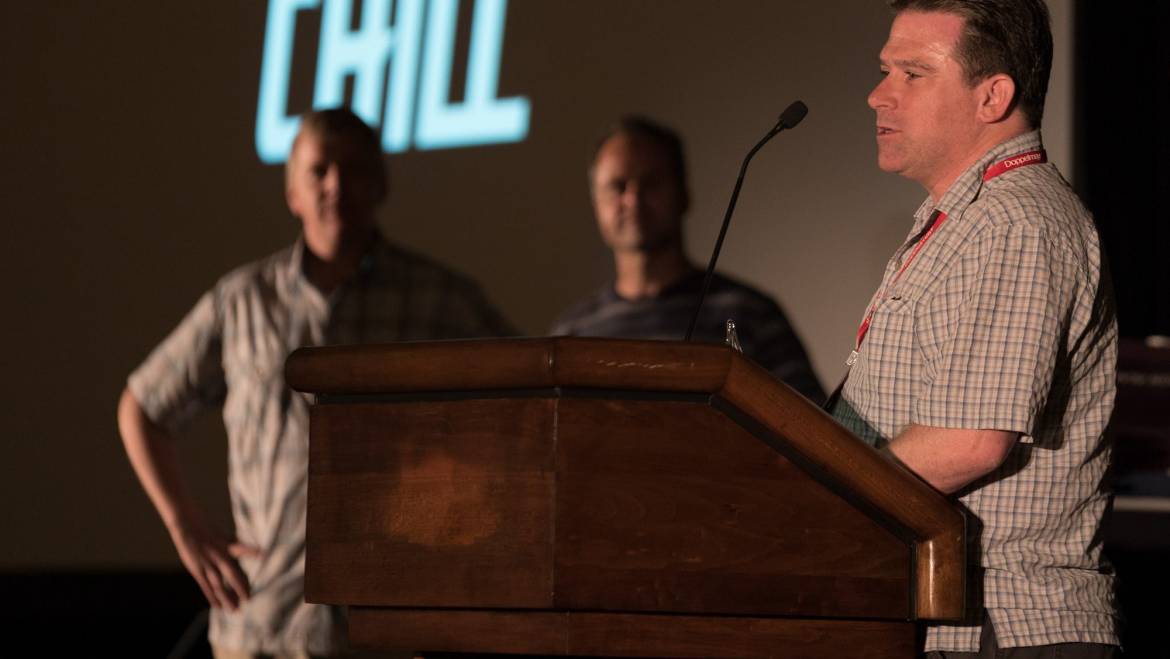 This past weekend, McIntyre Ski Area General Manager Ross Boisvert accepted the Burton Chill Award for Outstanding Support for the Burton Chill Program at the NSAA Conference in Marco Island, Florida.
McIntyre is honored and proud to accept this award and be a part of the Burton Chill Program.
The Burton Chill Program is based in over fourteen major cities around the United States and gives kids and teenagers the chance to experience and learn the thrill of snowboarding,skating and other sports.
For seven weeks every Monday night this past winter season 40-60 kids from Boston were bused to McIntyre. Burton provided these kids with some amazing SWAG; including snow pants, jackets, gloves/mittens, neck warmers, socks, and sports pennies to show they were a part of the Burton Chill Program! McIntyre provided everyone with Burton rental, boots board and helmets!
When the group arrived, McIntyre had everything labeled and placed their clothes were out for them and paired with the correct size boots. All their snowboards were already prepared with bindings and waiting for them outside with their names on them so they could just grab their gear and hit the slopes within twenty minutes.
The McIntyre crew that was made up mostly of local high school students who are snowboard instructors at McIntyre volunteered their time to hang out with their peers from Boston and teach them all there is to know about snowboarding; from how to put on and tie their boots to proper stance, stopping, carving and turning and most important how to keep going and preserver when you fall down. McIntyres’ own Snowboard Director Rich Stevenson lead his great group of snowboard instructors each week working alongside with Burton directors and volunteers on their weekly plan of teaching the kids new life skills to work on. Each week was a different skill such respect, responsibility or perseverance.
After their lessons the kids would keep up with their responsibility and put all their clothes back on their chairs and kept together so they have the same outfit to wear the next week, they then would return all their equipment to the rental shop and come back to the lodge for a dinner provided by McIntyre.
Each week McIntyre provided different kinds of food that these kids would not typically be able to have. Being able to see first-hand how excited some of the kids were after the first night with a simple meal of chicken fingers, fries and pizza really made everyone at McIntyre want to provide these kids with more and make the following weeks even better. Each week was something different for the kids to eat. Burgers, hotdogs, chicken Alfredo, and other types of pasta were some of the favorites that were offered. The final week lead to a vote and the kids wanted chicken fingers and fries for dinner, so they were provided with a plentiful amount and were encouraged to take food home with them and feed their families. Each week was also followed by giant cookies for dessert, and the final week finished everything up with ice cream sundaes for dessert.
McIntyre is so grateful to have been able to assist the Burton Chill Program as a hosting location and being able to help these individuals achieve goals, learn, make life goals and leave happy with full stomachs. McIntyre hopes to have set an industry standard for all other Burton Chill Programs and being able to offer kids not just the ability to learn a new activity but to make friends, have a good meal and to make great memories.
Tags: Burton, Burton Chill, Learn To Ride, NSAA